My research relies heavily on an active fieldwork schedule, and I have spent several months each year in Malaysia and Indonesia conducting linguistic research on Borneo. I have recently been intrigued by the prospect of working on the Austro-Tai hypothesis. I will be giving an invited talk on Language Revitalization at the International Austronesian language revitalization forum in Palau, September 29th through October 2nd.

Look for my presentation notes, which I plan to upload shortly after the conference. My next paper is on the reconstruction of Proto-Segai-Modang, a Bornean subgroup that is best known as containing languages with a Mainland Southeast Asian phonological typology of large vowel inventories, di- and triphthongs, a sesqui- or monosyllabic word structure, and an overall dramatic departure from typical Austronesian phonology. The paper contains much interesting data. Look for it in the next issue of Oceanic Linguistics. On the mechanics syntax of indexical shift: Evidence from allocutive agreement in Magahi.

Manuscript to be revised , Rutgers University. Switch-reference in American languages: A synthetic overview. To appear in D.

In the proceedings of NELS Nouns, verbs, and verbal nouns: Their structures and their structural cases. Blaszczak and K.

Cited by other publications

Chapter 1: Introduction: the issue of structural case. Contact me if you need more information. 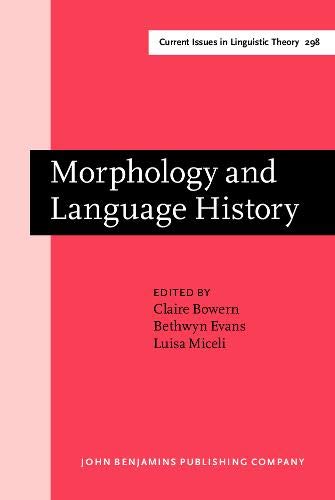 Language and Linguistics Manuscript, Rutgers University, July Parameters of Dependent Structural Case. Sources of a symmatery in Bantu double object constructions. To appear in Canadian Journal of Linguistics. On the relationship of object agreement and accusative case: Evidence from Amharic. In Cristina Cuervo and Yves Roberge eds. The End of Argument Structure? Emerald Press, pp.

When agreement is for number and gender but not person. Baker, Mark Degrees of nominalization: clause-like constituents in Sakha. Tyes of Crosslinguistic Variation in Case Assignment. Baker, Mark and Willie Udo Willie.

Language On some ways to test Tagalog nominalism from a crosslinguistic perspective. A commentary on a paper by Daniel Kaufmann, for Theoretical Linguistics. The Case of Mapudungun. Pre-publication version. Baker, Mark and Carlos Fasola. Araucanian : Mapudungun. Lieber and P.